Earlier this year delegates from the National CLT Cornwall Community Land Network visited us in Cornwall as part of the organisations series of tours across the country.

The ‘See it and believe it’ program is designed to showcase community-led housing projects and delve into specific themes that have played a particular role in that project’s success.

The tours had already visited CLT developments in the Midlands, London and Bristol. In October it was our turn to play host and we chose to feature our development at Duloe in North Cornwall.

The day included presentations from the National CLT’s Head of Programmes and Development, Samantha Jones and London CLTs Campaigns Manager and a tour of the site at Duloe currently under development which will see 18 new affordable homes brought to the area. 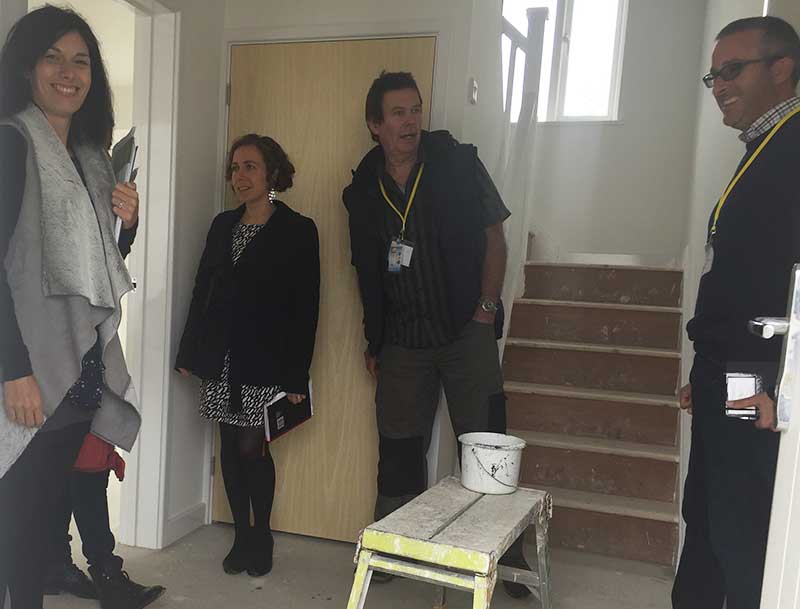 Samantha Jones said of the day, “It was great to hold the See It Believe It event in Cornwall as Cornwall CLT is a pioneer of the community land trust movement in this country, and this is demonstrated by the impressive number of schemes they have delivered over the last decade.

Their tour of a development in the village of Duloe demonstrated that building affordable housing should not mean compromising on the design and quality, and that communities can drive the building of homes that they want as well as need.

It was also great to meet so many people who are already involved in running a CLT and were willing to share their knowledge and experience with others. Such a positive and supportive bunch!”