An audience of business and community leaders were at the Eden Project on 2 July for the launch of a £250,000 share issue by Cornwall Community Land Trust (Cornwall CLT) and learned that the organisation’s new leader would be former St Ives MP Andrew George. Cornwall CLT’s Chairman Phil Randall announced the share launch – aimed at providing working capital to increase Cornwall CLT’s output of affordable homes for local people – and at the same time welcomed Andrew to the company’s team.

Speaking about his appointment Andrew said “securing decent and genuinely affordable homes for local families is the most pressing challenge for Cornwall and the Scillies. Although Cornwall is one of the fastest growing places in the UK – doubling its housing stock in forty years – the housing problems of locals have got significantly worse. What we need is for communities and charities like the Cornwall Community Land Trust to do more.”

“It’s an honour to be asked to take on such an important role and with a charity with such a strong national reputation. I look forward to the challenge of maintaining the excellent work that Alan Fox, Helen Downing and the Board have already initiated since 2006.”

At the event Phil Randall also praised Cornwall CLT’s founding director Alan Fox for his hard work and dedication in establishing Cornwall CLT in 2006 and making it one of the most successful CLT’s in England. He announced that Alan would be retiring at the end of July but would remain on Cornwall CLT’s Board in a voluntary capacity as Company Secretary. 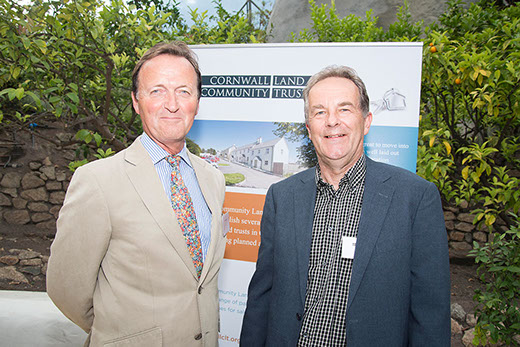